All The King’s Men

for an intense sequence of violence, sexual content and partial nudity 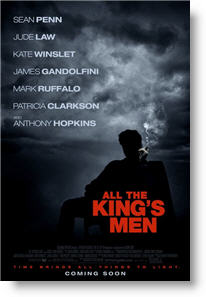 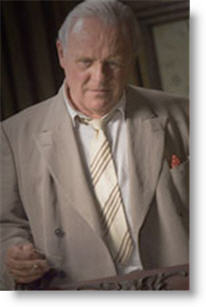 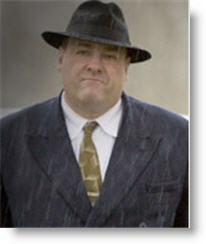 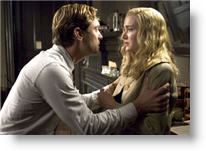 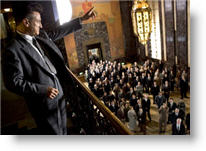 About the fall of man to sin

How did bad things come about on Earth? Answer

“Time brings all things to light.”

“All The King’s Men” is a remake of the 1949 film by screenwriter/director Robert Rossen (Dir. “The Hustler”) and an adaptation of the 1946 Pulitzer Prize winning novel of the same name by Robert Penn Warren. Oscar award-winning writer Steve Zaillian writes and directs what the official Web site calls “a complex saga of human nature, power, corruption, idealism, romance and betrayal.” Zaillian’s adept “film noir” direction chronicles the rise to power of Willie Stark (Sean Penn, “I Am Sam,” “Mystic River”), a small town, small-time “hick” form Louisiana. It is a tale along the lines of Humpty Dumpty taking a great fall.

While Willie’s meteoric rise to power is fueled by the vote of the rest of the “hicks” from backwoods Louisiana, it is driven by the professionals that accompany him; “Big city crooks” Tiny Duffy (James Gandolfini, “Sopranos,”) and Sadie Burke (Patricia Clarkson, “Good Night, and Good Luck,” “Miracle”) who have abandon the camps of former gubernatorial candidates and political opponents of now Governor “Boss” Willie Stark. Willie also recruits a disillusioned and now aimless, unmotivated newspaper reporter named Jack Burden (Jude Law, “Breaking and Entering,” “Road to Perdition”) to aide him in his now corrupt ambitions as Governor.

Willie Stark begins his political career as a one-term County Treasurer where he opposes the corruption of the small town school board to accept kick backs in awarding a construction contract to build a new school. The details of Willie’s small town foray into government are somewhat obscure, but the gist of it is he becomes a local hero by opposing corruption that is eventually tied to the collapse of a school building that kills several children. Willie becomes a local hero and the target of a political ploy by one of the gubernatorial candidates to use Willie to split the “hick” vote of his candidate opponent. Through a series of conversations and events, Willie decides to “stand on his own two legs and run for governor on his own.” Willie wins and the corruption begins. Where it ends will shock, dismay and unnerve you.

Zaillian’s film is rated PG-13 for some partial nudity, language and thematic content. The partial nudity is tastefully done and not totally gratuitous, though I still doubt it was necessary to tell the story. Jack is recounting his lost love for Anne Stanton (Kate Winslet, “Finding Neverland,” “Titanic”) and his inability to make the right moral choice for the right reason. Certainly this could have been accomplished without Winslet’s strategically concealed nudity. There are also a couple provocatively sensual dance scenes used to illustrate Willie’s adulteress sexual exploits—though we never see Willie engaged in sexual activity or see the women in otherwise compromised sexual scenes.

The most extreme, profane and vain use of our Lord’s name is heard 4 times, mostly from the mouth of Stark. The name of Jesus is used a few times in a profane manner and various other profanities, though not the sexual type, are laced throughout the dialog. I have to mention my sustained objection to the most extreme and profane use of our God’s name. I understand that this film is not “Christian” and probably was not made by “Christians,” but I maintain my challenge from an earlier review (“The Great Raid”) that believers demand more from Hollywood. Because of this, I cannot recommend that sincere Christians spend the money and time to watch this otherwise very well executed film. King David is my authority and foundation.

David was sent to the front lines to take bread and cheese to his brothers and to the leaders of Saul’s army. When he arrived in the camp, he ran to the front to witness the warfare. Now, he could have stayed and enjoyed the days activities, which consisted of Goliath’s ridicule and the Israelite’s fear and trembling. However, during Goliath’s monologue David could not help but notice that this Philistine was defying the army of the Living God! David was incensed that the Israelite army would put up with this, so he acted in the only way he could. He was used by the Living God to bring this blasphemy to an end and to execute the judgment of God on the profane Goliath and the army of the Philistines. We should all be so jealous of our Lord’s honor!

The violence in “King’s Men” is that typical of film noir and depicts a fairly gruesome assassination and the subsequent murder of the assassin—not overly bloody or gory for such a violent and gory act.

The themes of the film are what concern me most. 19th century European historian Lord John Dalberg Acton said, in various writings, that “power tends to corrupt and absolute power corrupts absolutely.” Willie Stark’s story vividly illustrates this principle of corruption. Not that our contemporary political scene lacks instructive examples of this axiom. But often times it is “not as offensive” to present truth wrapped up in fiction. But is there, indeed, truth presented in this version of “All The King’s Men?”

Robert Penn Warren’s book places Willie’s growth in corruption within the context of a personal struggle in the life and mind of his protagonist, Jack Burden. Warren’s Jack Burden is a man set adrift in life—no direction, no goals, and no purpose. The events of his life (a mother married 4 times, an absent father, a lost love, etc.) have brought him to a point of practical cynicism… he seems to have no choice but to believe that the ideal, the virtuous, the good in life simply does not exist and that we as individuals cannot be accountable for our actions, good or bad. We live out the hand fate deals us.

But as Jack descends deeper into the corruption of Willie’s world, becoming Willie’s “researcher” to dig up dirt on his political opponents, he begins to struggle with the tasks and demands. The more Jack struggles, the more he is forced to deal with his responsibility for his involvement in the destruction of so many lives. His idealism turned cynicism finally turns toward redemption.

Zaillian’s version of the story demonstrates the cynicism and pessimistic outlook of typical film noir. In quintessential noir style the story is fraught with antiheroes, men and women who don’t live according to an absolute standard of morality and decency. This is, in the end, an A-morality tale, and none of the characters seem to be able to find a stable center, a firm grounding or an absolute truth by which to gauge the rampant corruption; except for Willie. They have all bought into Willie’s fundamental belief that everyone is bad, and, as a result, everything is bad, and the only way to achieve good is to make it up. “Cook it up and serve it to them, and if they don’t like it, cook it again, a little different and put a lid on it.”

Lord Acton also said, “Great men are almost always bad men, even when they exercise influence rather than authority.” The Bible teaches us that this principle is true, for those who are not alive in Christ. Willie Stark believes this with all of his heart and bases his decisions on it.

And this is the danger of this film. Truth is present; Willie knows and expounds the sinful nature of man, even alluding to the Biblical understanding of original sin in one conversation. He knows the truth, but misunderstands and applies it in a way that actually contradicts the very essence of the truth, thus ending in utter destruction and personal ruin. The irony is that a true understanding of this truth should enable it’s holder to avoid the kind of corruption and destruction that mishandling the truth brings. That is why Paul instructs Timothy to avoid controversies, etc. by properly understanding and explaining the Scriptures (2 Timothy 2:14-16). Learn, know, understand and hold to sound teaching from the Scriptures.

So I would caution anyone who goes to see this film: view it with Lord Acton’s words at the front of your thought, but to go a little bit deeper. If power tends to corrupt and absolute power corrupts absolutely, why? Don’t be afraid to ask why? What is it about a man, or woman, in his or her natural state of sinfulness, that enables power to corrupt? What is Willie looking for? What are Sadie, Tiny, Adam, Anne, Judge Irwin, and even Jack looking for? I think you know the answer, but look deeply into Zaillian’s art and see if he achieves the goals he set out with.

This is a very well-made film, by all artistic and production standards. The cinematography is effective, the camerawork is provocative, the imagery is instructive and works to move the story forward with not an image wasted. The one issue I have is that an Academy Award-winning writer could miss the mark by such a wide margin. I don’t believe that Zaillian truly captures the essence of the truth Warren portrayed in his novel. For Zaillian, Jack is nothing more than a disillusioned idealist, and he never really rises above it.

Zaillian’s portrayals of sin, corruption, and the ability of power to corrupt are compelling, but they finally fall flat with no worldview to guide them. The synopsis on the official Web site states:

“Using politics as a framework to delve into the more profound dilemmas of human existence—sin, guilt and redemption—it explores the nature of corruption in a way that is timely and relevant today.”

A lofty goal indeed, but one that I believe “King’s Men” was well on the way to achieving. The bottom-line is a lack of moral grounding to guide. The film certainly does explore the nature of corruption, but there are no answers, no recommended remedies. Certainly the characters are in need of redemption, but none of them ever realizes it or seeks it. Certainly there is a way of redemption, but Willie and his entourage walk all around Him, sometimes walking side by side with Him, but none of them ever really sees the Redeemer as anything more than a slang curse word.

And in the end, the Redeemer is the only one who has the capability of putting Humpty Dumpty together again.

Discover the good news that Jesus Christ offers you

Positive—The novel itself is very clear—and is a story of redemption, of reconciliation, of restoration. Like King David himself, Willie Stark gets too big for his moral britches—committing adultery, letting his son run wild, using his power for his own glory. There are serious consequences to sin—and to the long hard process of making things right again. Willy’s dying words are “It could have all been different.” I agree that the film itself stays too noir-ish for such a positive ending—though perhaps it’s hinted at in the ending. This is one of the books that lets me really discuss sin and redemption in public school. I’m glad the movie is out. I recommend it to people who can handle some ambiguity.
My Ratings: Average / 5