for some sexuality and violence. 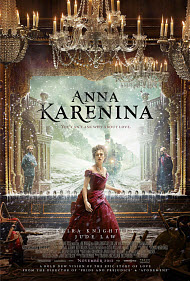 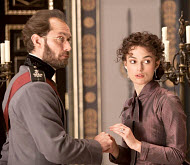 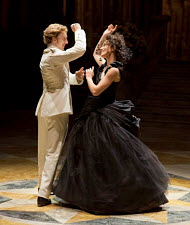 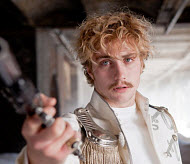 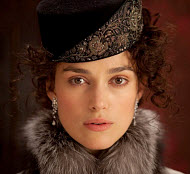 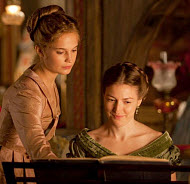 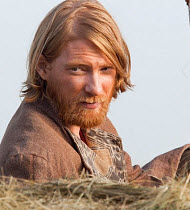 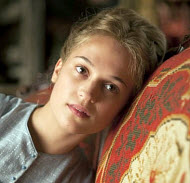 no one may build their happiness on another’s pain

fidelity and purity vs. adultery and fornication

Devotion to living righteously is the only justifiable reason for living.

Sin has a price.

woman stuck in a loveless marriage

bond between a mother and her children

becoming the subject of gossip

being snubbed by former friends

living a life of lies and falseness

making decisions based on the visions of a “clairvoyant”

Though his own life story was fraught with controversy, Leo Tolstoy also wrote one of the most interesting contrasts between pure love and sensual lust, in the form of Anna Karenina. This most recent adaptation succeeds on a purely visual level, but not entirely on an emotional or spiritual one.

When it is discovered by her brother’s wife that he has cheated on her with a governess, Anna Karenina (Keira Knightley) is dispatched to their home to convince her not to divorce her husband. Her success in this is undermined when she meets Count Vronsky (Aaron Taylor-Johnson) at the station. He is immediately infatuated with her, and she with him, but Anna’s attempts to resist become more difficult once he follows her back to St. Petersburg, much to the distress of her respectable husband (Jude Law).

Count Vronsky is meant to be pursuing a marriage with Kitty (Alicia Vikander). In the hope of becoming his wife, she turns down a proposal of marriage from Levin (Domhnall Gleeson). But where one love story begins, another threatens to descend into destruction.

On several occasions, morality is addressed through its characters. Karenina quotes Scripture on the subject of “coveting your neighbor’s wife,” and Levin condemns adulterous love as being impure and ultimately unsatisfying (as is proven true in the extra-marital affair’s outcome). But where the themes of the book are much more evident, particularly when it comes to the role God plays in both Karenina and Levin’s life, here they are diminished or nonexistent, leaving viewers to read between the lines. The book’s purpose is to show us wild, passionate, sexual desire that turns itself inside out and descends into jealousy and contempt, contrasting it with a pure and innocent love that begins with an act of total forgiveness. Sadly, those themes are so downplayed in this version that Levin’s shift from an atheist to a man aware of the existence and goodness of God is also absent. What we are left with is an incomplete story that does hit some of the highlights of the moral messages of the book, but not the most important ones.

Purely from an artistic perspective, this is a masterful piece of work that approaches the material in a wholly unique way—by setting a stage. It works better than anyone anticipated, blending reality and metaphor with seamless and clever transitions. Some of the most powerful scenes are reminiscent of the director’s earlier work—much as he did with Elizabeth and Darcy in “Pride & Prejudice,” he isolates Anna and Vronsky on the dance floor, to draw us into their increasing passion for one another. The costuming is also scrumptious and everyone does a phenomenal job of acting, particularly Ms. Knightley in the lead. Whether or not it is worthy of an Oscar®, she reaches deep into the soul of the audience and, perhaps as a first for the character of Anna Karenina, makes us feel deeply sorry for her.

Unfortunately, some of the good themes of the film (such as forgiveness and the importance of marital fidelity) are undermined with sensuality, for three times we see active intimacy between couples—twice with Vronsky and Anna (there is no nudity, but lots of passionate kissing and faces in expressions of ecstasy) and once, as a reflection on a train window (this one contains movement). Side nudity is also seen as a couple sleeps entangled in one another’s arms. Many references are made to adulterous affairs and unchecked “passion.” There is one mild profanity and some violence (a pregnant woman is pushed to the ground, two people are hit by trains—one of them with a grisly aftermath).

Tolstoy powerfully shows how “love,” if unsupported with trust and fidelity, can be undermined by jealousy, self-loathing, and guilt. One of the most powerful moments is when Anna berates her husband for his forgiveness, for now she must “live with it.” Some characters condemn infidelity, others tolerate it, and a few embrace and/or dismiss its deeply sinful nature. It’s a shame that for the sake of time constraints, some important events were cut from the film, because it makes it emptier than it should be, particularly for a Christian viewer. Yet, in spite of its flaws, it still contains a powerful and sobering message of the perils of pursuing sin instead of righteousness.

Positive
Positive—I was surprisingly pleased with this movie for a number of reasons. The creative direction worked well and, while it started out a bit campy, I was able to enter in and appreciate it. The film portrayed the first intoxicating moments of sexual temptation and the reality of the fleeting pleasures of sin. But, it also showed the excruciating results of giving in to temptation and the downward spiral it can create.

In addition, to this there was an element of grace portrayed in the film that is seldom seen. While I agree that the book offers much richer, and specific Christ-centeredness, the film still contains a powerful portrayal of the cost of giving in to sin.
My Ratings: Moral rating: Average / Moviemaking quality: 4½

Leslie Felperin, Variety
“…Infidelity, Grandly Staged… Mr. Stoppard and Mr. Wright offer ‘Anna Karenina’ and its heroine to the gods of melodrama, who receive her gladly. But their film, wild and emotional as it is, does not quite hit the deep, resonant note of tragedy that would lift it above the merely (by which I mean the merely very) good. At the end you may be dazzled, touched and a bit tired. But, really, you should feel as if you had been hit by a train.”

A.O. Scott, The New York Times
“…The director, who is prone to static filmmaking disguised as ‘opulent’ and loyal to his reedy, perpetually high-strung leading lady Knightley, has made an ‘Anna Karenina’ that is excessively delighted with stagecraft and symbolism. … [B-]”

Lisa Schwarzbaumm, Entertainment Weekly
“…This is a sumptuous film—extravagantly staged and photographed, perhaps too much so for its own good. There are times when it is not quite clear if we are looking at characters in a story or players on a stage. Productions can sometimes upstage a story, but when the story is as considerable as ‘Anna Karenina,’ that can be a miscalculation. [2½/4]”

Roger Ebert, Chicago Sun-Times
“…If there’s such a malady as hyperenchantment, this production suffers from it. While I was watching, eyes glazed from the too-muchness of it all…”

Joe Morgenstern, The Wall Street Journal
“…Anna’s story, still steeped in high-concept frippery, becomes less engaging as it goes, particularly as Wright massively pares it down to bring the movie to a close at a reasonable hour. The movie’s still gorgeous, but Anna’s great tragedy, condensed and accelerated and enacted underneath the visible ropes and pullies of the stage, never attains its power. [2½/4]”

James Verniere, The Boston Herald
“…Wright… unflinchingly depicts the horrible price Anna must pay for clinging to her relationship with Vronsky. Note that the unflinching part of those depictions involves sexual scenes and brief but grim violence. … Three misuses of God’s name. …”

Adam R. Holz, Plugged In
Comments from non-viewers
Neutral—I have not seen, nor do I plan to view, this latest incarnation of “Anna Karenina,” which is based on the novel of the same name by Count Leo N. Tolstoy. I was planning on seeing it, but the R-rating gave me cause for concern, as did the reason for the rating: sexuality and some violence. I have seen 5 versions of “Anna Karenina,” 4 of them adapted for the screen and 1 a television miniseries made in the mid-1970s. All of them were devoid of explicit sexuality and nudity, so I thought that it would be the same with this new version. Plus, it had Joe Wright behind the camera and Keira Knightley as Anna (the two of them had collaborated on “Pride and Prejudice” several years earlier), so I thought it would be a good movie without any sex.

I was wrong. I read the in-depth content description at Plugged-In Online, and I was saddened to uncover that the movie contains not one, not two, but FOUR sex scenes with explicit sexual movement and some male rear nudity. SERIOUSLY?!!! Does a movie based on a novel about adultery have to depict the act in graphic detail? The closest it got ere this film to explicit sex was a brief scene in the 1997 version where Count Vronsky (Sean Bean) kisses Anna (Sophie Marceau) suggestively, the camera closes on Anna’s face and then the camera cuts to a scene of them just finished consummating their lust, with no nudity; Anna is covered with a sheet, as is Count Vronsky.

So, I painfully made the decision to not view this version. Due to the sex scenes, I do NOT recommend this version. View the two versions with Greta Garbo, the one with Vivien Leigh, the television miniseries made in the mid-1970s or the lavish film made in 1997 starring Sophie Marceau, Sean Bean, James Fox and Alfred Molina. All of these productions are well-made and don’t have explicit sex scenes, though there is fleeting nudity of a girl at a party in the film version from 1997.

The Bible saith, “Flee fornication. Every sin that a man doeth is without the body: but he that committeth fornication sinneth against his own body. Know ye not that your body is a temple of the Holy Ghost, which is in you, whom ye have of God? And ye are not your own. For ye are bought for a price: therefore glorify God in your body, and in your spirit, which are God’s.”-The First Epistle Of The Apostle Paul To The Corinthians 6:18-20