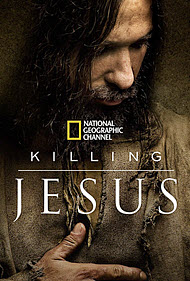 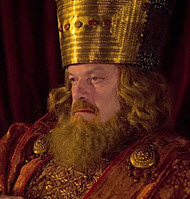 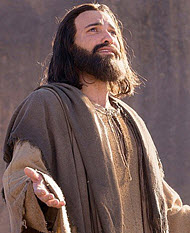 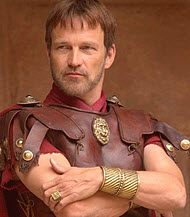 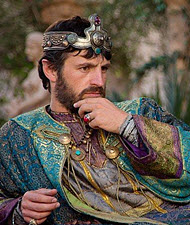 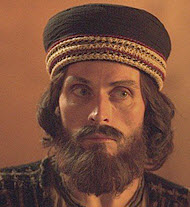 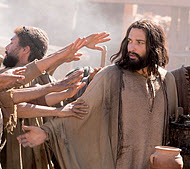 How did Jesus Christ die? Answer

“The Jesus Seminar”—Are their criticisms of the gospels valid? Answer

“The Jesus Seminar”—Who do they really speak for? Answer

Though one of the first films to have an ethnic middle-eastern cast, Killing Jesus is a clunky, boring and at times offensive depiction of the events leading up to the most famous execution in history.

King Herod (Kelsey Grammer) is suffering delusions of grandeur—and fear of a coming messiah, as indicated by ancient Jewish prophecy. He intends to murder the child if he can find him. And at two years old, baby Jesus is drawing a surprising amount of unwanted attention from people in the small village of Bethlehem. So much so that, fearing repercussions, his father bundles him and Mary onto a donkey and takes them to Egypt for their own safety. Many years later, Herod is dead and his son, Herod Antipas (Eoin Macken) desires to claim the throne.

To do so, he must make peace with the Romans through their new governor, Pontius Pilate (Stephen Moyer). New to the area, he is not all that fond of Judean uprisings and protests against their presence in Jerusalem, and his wife wants him to punish any rioters severely for daring to conflict with Rome. Herod Antipas meanwhile has chosen to marry Herodias (Emmanuelle Chriqui), who has her own litany of requests that will advance her own power and that of her teenage daughter.

Jesus (Haaz Sleiman) has heard of his cousin John’s preaching in the desert and journeys to see him, in the process learning from John that he has a greater purpose as a “savior of men.” He gradually begins to gather disciples and moves toward his destiny, somewhat uncertain of his course through life as it carries him toward betrayal, persecution, and death.

Therein lies the rub, crux, and offensiveness of this piece—that Jesus and everyone around him apart from John are entirely unaware of his greater purpose. Even his mother thinks he is overstepping himself in this ministry. Jesus founders between roles as a carpenter and an aspiring revolutionary, for a time even considering that he might be a military messiah intended to raise up an army against the authorities. He appeals to his disciples for reassurances as to what he truly is (the messiah), as if he cannot recognize that in himself.

He is baffled at his first miracle, but also delighted. Frightened by a demon-possessed child. Scenes of him healing people and performing miracles are left out. The film has an ambiguous ending—an empty tomb, but no literal physical manifestation of Christ among his disciples. Did he arise or was he stolen? The movie doesn’t tell us.

Bill O’Reilly’s book, on which this miniseries is based, is an intense study of the political arena at the time, the rivalry between the brutality of Rome and the political maneuvering of the Judeans. Some of that is present here, but it never strikes any great depth, and chunks of Biblical accounts are left out of the narrative; instead of a sympathetic woman begging her husband to have nothing to do with this Messiah, Pilate’s wife spends most of her time complaining and never says a word about Jesus.

It’s a shame, because there is an excellent secondary cast that includes some big and small screen greats (including Rufus Sewell, John Rhys-Davies, and Tamsin Egerton). Here, though, they founder under the weight of a completely banal Jesus, who comes across as obnoxious, abrupt, brooding, and temperamental. His complete lack of chemistry make it difficult to comprehend why anyone would follow him—away from normality, from their jobs, their homes, and their former beliefs, to their eventual deaths.

Beautifully costumed and somewhat grittier than most productions, with a varied cast from ethnic actors, this could have been an intense political glimpse into the motivations behind the mere mortals that plotted Jesus’ death, not realizing His greater purpose, but when you remove the divinity of Christ from the equation, it becomes lifeless.

Is Jesus Christ a man, or is he God?

Sex/Nudity: Herod’s stepdaughter mentions that he lurks outside her room at night when she is preparing for bed; she performs a seductive dance for him, in exchange for the head of John the Baptist (swaying hips, some flesh; he kisses her knee seductively). A veiled reference to prostitution.

Violence: Babies are slaughtered by King Herod the Great’s men (some blood, weeping women, babies disappearing in shot). Jesus is flogged and crucified.

See our team member Answers in Genesis’ enlightening review of the book: “Killing Jesus: A History by Bill O’Reilly and Martin Dugard” 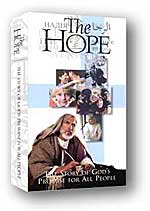 Discover the overwhelming message of HOPE that God brings to man—presented chronologically from the foundation of the world to our own time. Watch it on-line, full-length motion picture. Very popular and enlightening…

Neutral
Neutral—I agree with the review above for this movie. I am an O'Reilly fan, so I understood that he was approaching it from a more political and historical avenue than strictly biblical. However, I did find it disturbing that the role of Jesus was surprised by the miracles and not seeming to understand his Divinity. I don’t know how much of that was the author’s rendition or the actor’s role playing, as the actor is Muslim.

That was the main issue I had, and, of course, the absence of the miracle of resurrection, the tomb was empty, but it really didn’t show what happened, which I believe even the historical view would record. So, overall, I was disappointed with the movie, but I also did not have high expectations.
My Ratings: Moral rating: Offensive / Moviemaking quality: 4

Tracy, age 49 (USA)
Negative
Negative—After the atrocious miniseries “The Bible” and “movie” “Son Of God,” I thought, “Could on-screen depictions of our Saviour get any worse?” This miniseries answers that question with a resounding YES. With more liberties taken than there are holes in Swiss cheese, this three hour bore-fest is an abomination to Scripture and historical record.

I will not even attempt to illustrate every liberty taken with Holy Writ and historical record, but here are just a few.

I. Isaiah appears in a dream sequence to Herod The Great, and he and his counselors speak of him as if he had died a few years earlier. In reality, Isaiah prophesied in Judaea centuries earlier, during the reigns of King Hezekiah and Manasseh, being sawn asunder by the latter.

II. It is strongly implied that Herod Antipas poisoned his father, Herod The Great. That is not true. Flavius Josephus, a Jewish historian who lived from around 37 A.D.-100 A.D. records that Herod The Great died from a horrible disease in his intestines.

III. Jesus was puzzled at many things throughout, and in one scene, says “To report on our drunkenness, Lazarus. My debauchery.” That is blasphemy. Jesus is depicted as being unsure of who He truly was, which is the same heresy shown in “The Last Temptation Of Christ.”

These are just a few of the many historical liberties taken with Scripture.

There are better film versions of Jesus” life to view. Allow me to recommend some of my favorites.

“The King Of Kings” (1927). This silent version, directed by Cecil B. DeMille, is epic in every way. Not Rated.

“Jesus Of Nazareth” (1977). This six hour miniseries directed by Franco Zefirelli, and featuring an all star cast is a reverent look at the life of our Lord. Not Rated.

“The Passion of the Christ.” This powerful version of Our Lord’s Passion is brutal and hard to watch at times. But it needed to be told in this manner. Academy Award winner Mel Gibson directed, co-wrote, and produced this film, which went on to earn over $600 million at the box office, and made back its $25 million budget in its first weekend. Rated R (graphic violence), but kids have seen far worse films, so it should have been rated PG-13, in my opinion.
My Ratings: Moral rating: Extremely Offensive / Moviemaking quality: ½

Negative—The movie called “Killing Jesus” is the most inaccurate portrayal of Jesus that has ever been created. The Bible verse that was never even considered in the documentary was Col. 1:15. Jesus is the creator of all things. During his earthly ministry, Jesus was fully God and fully man. Being that he was without sin, being of virgin birth, Jesus became the second Adam and being sacrificed for our sin. By his resurrection, any believer becomes a born-again creation. Jesus satisfied the blueprint of the Tabernacle by being the High Priest, the sacrificial Lamb, and, being that Jesus is God, He is the Judge. This is why when Jesus was on the cross, he said everything was finished. No other sacrificing will ever be required.
My Ratings: Moral rating: Extremely Offensive / Moviemaking quality: ½