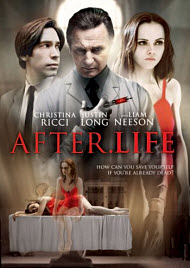 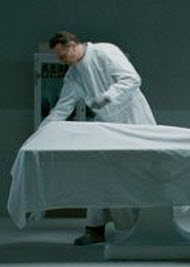 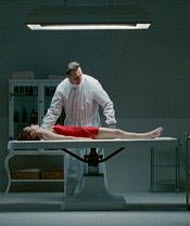 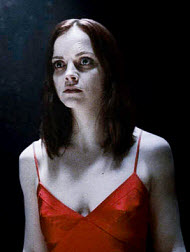 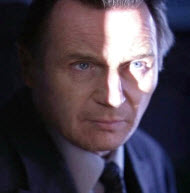 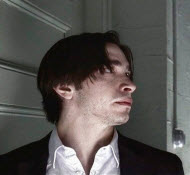 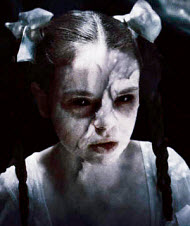 NEAR-DEATH EXPERIENCES—Who is the being of light encountered in near-death experiences? Answer

“Life is the symptom. Death is the cure. How do you save yourself when you’re already dead?”

The film opens with Funeral Director Eliot Deacon (Liam Neeson) preparing an old mans body for his funeral. Though alone with the corpse he is curiously talking to him. Is he just eccentric or perhaps there’s something more?

Paul Coleman (Justin Long) and Anna Taylor (Christina Ricci) are in bed and their sex life is suffering along with their emotional connection as a couple. During dinner Paul is about to propose to Anna but instead they break into another fight and she drives off into the rain. She loses control and heads into some oncoming headlights before fading to black.

When Anna awakens she finds herself on Eliot Deacons table as he is sewing up her scared face in preparation for her funeral. Though she insists she is alive, Deacon assures her that all the newly dead say the same thing until they accept reality. “I have a gift” he says by way of explaining his ability to speak to the recently deceased.

Anna continues to press the fact that she is not dead but this won’t be the last time we wonder whether or not she is right and, more importantly, whether Deacon is telling her the full truth, if at all.

During the three days leading up to her funeral “After.Life” focuses on the emotional journeys of Anna, her self-centered invalid mother, her grieving boyfriend Paul and the little boy, Jack, who sees things differently from everyone around him.

Language: Very offensive language is used throughout including about twenty (20) instances of the “F” word and ten (10) uses of S###. The Lord’s name is taken in vain seven (7) times and a few unsavory taunts are made by some kids to the boy Jack.

Sex/Nudity: The only sex is at the beginning with Paul and Anna, and immediately after this Anna is seen through the semi-transparent shower door. Later a dream of her emerging from the shower quickly turns horrific. She is in varying states of undress throughout the movie, including fully nude before she is dressed in her funeral shroud. The corpse of a very old lady is also revealed from the top up.

Violence/Gore: The mortician, Deacon, working on various corpses is seen sewing up gashes, applying makeup to open wounds and sewing mouths together, all in preparation for their funerals.

Spiritual: Eliot Deacon (Neeson) explains at one point that, “Christ had the same gift. He raised Lazarus and spoke to the dead.” Whether or not you choose, for the sake of the story, to momentarily believe the character, this is a highly offensive belittling of a power that only the Son of God could exhibit.

On the subject of speaking with the dead the Word of God shows us this can happen, but God also warns us sternly against it. King Saul, in his last days, consulted a medium to speak to the dead prophet Samuel (1 Samuel 28:6-19) much to his regret. God’s admonition on the matter is clear, and we should remember that it is for our protection, not his!

“Do not turn to mediums or seek out spiritists, for you will be defiled by them. I am the Lord your God” (Leviticus 19:31).

The question of whether there are ‘forces’ at play in “After.Life” should at least remind us that the world we do live in consists of more than what we can perceive and that we live, for however long the Lord allows, on a spiritual battlefield.

While the Bible is clear that man has no power over death, “What man can live and not see death, or save himself from the power of the grave?” (Psalm 89:48), it is also clear that it shall be overcome one day when the prophet Isaiah, in speaking of the Lord Almighty said, “he will swallow up death forever” (Isaiah 25:8).

Isaiah, further prophesized accurately about the Messiah and said, “…he poured out his life unto death, and was numbered with the transgressors. For he bore the sin of many, and made intercession for the transgressors” (Isaiah 53:12).

Contrary to what the world would have us believe, we are all sinners, but we should take comfort in the fact that we have a merciful God who wishes that all would be saved. [see: “The Hope”]

“’Do I take any pleasure in the death of the wicked?’ declares the Sovereign Lord. Rather, am I not pleased when they turn from their ways and live?” (Ezekiel 18:23).

The director took a simple enough premise and combined it with enough real clues mixed with red herrings to distract, and I admit probably entertain, the horror movie fan it was intended for. However, “After.Life”, though a complex, intricately woven tale, falls apart logically under scrutiny with a lackluster payoff at the end. Highly offensive on many levels, Christians would do well to avoid this and rather take comfort in the fact that “precious in the sight of the Lord is the death of his saints” (Psalm 116:15).

Positive
Positive—In response to the comment above, ***SPOILER*** this film is not about contacting the dead; Elliot lied to Anna when he told her she was dead and lied to the boy when he told him the reason he saw her is because he could see ghosts, too. Elliot was a serial killer who made it his life’s mission to bury people who led meaningless lives, because, in his eyes, they were already dead, because they weren’t experiencing anything.

William (an Agnostic), age 26 (Canada)
Comments from non-viewers
Negative—I would not even see this film, as hollywood has made it look like contacting the dead is a heartwarming thing. Sorry, it’s not, and we need to take a stand against hollywood and these kinds of movies. Contacting the dead is WRONG, no matter what, I don’t care how you make it, its just wrong.