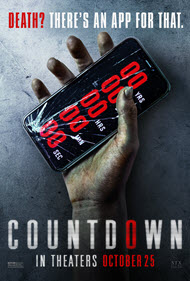 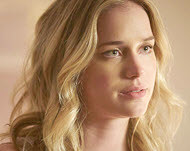 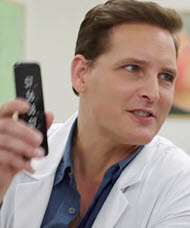 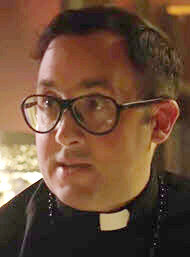 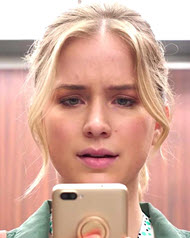 Would you want to know the exact time when you are going to die?

Why do most people virtually ignore the reality their eventual death? 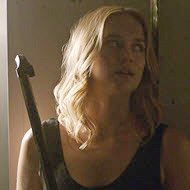 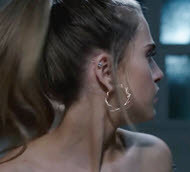 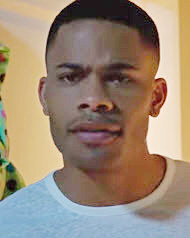 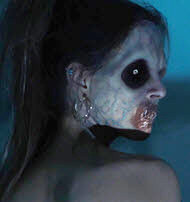 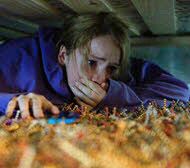 Suppose there was an app (software application) that actually told you how long you have left to live. Would you want to know? Would you be curious?

It’s called the Countdown app. It’s all the rage. In fact, up-and-coming nurse Quinn Harris (Elizabeth Lail) has recently downloaded the app to her smartphone, as have many of her hospital co-workers. Just like that, her clockdown begins. “Wait,” Quinn thinks, “I only have 3 days left to live?!! Clearly this app is a joke. I’m not really going to die in 3 days. I’ll be fine.”

But, as she begins researching cases of others who downloaded this app, she discovers it may not be so harmless after all. In fact, some who have fallen victim to the app, once the countdown clock reaches zero have met demise in the most horrifying of ways. Now Quinn begins to panic. On top of that, Quinn’s sister, Jordan, has also downloaded the app.

It’s up to Quinn and her friend Matt (also a victim of the app) to find a way to outsmart the Countdown app for everyone’s sake.

Cell phones. Most people live on them. They are always on our person, and it seems that with every new phone that comes out, there’s always new apps that come with it. If it weren’t for those apps, perhaps we’d just use our phones the way they were originally meant to be used… for making phone calls and sending the occasional text message.

This is one of the messages “Countdown” tries to project to viewers. Notice I said TRIES. The problem, though, is the delivery of said message. The message, while perhaps well intentioned, is buried beneath moments of intense terror, unnecessary language, and a few lackluster performances. The only person I was impressed with was the actor who plays Matt (Talitha Bateman). Additionally, in the film’s effort to try and stand out as unique, in truth, it really isn’t all that unique. The whole “technology is demonic” theme has been done before, quite a few times (did we all forget “Unfriended” (2015) and “Unfriended: Dark Web” (2018) ?

Perhaps I could overlook this (like some of the lackluster performances), if it weren’t for the fact that, honestly, the film just isn’t that scary. There are 3 good jump scares. Otherwise, this is a tame PG-13 horror film. I go into a horror film to get multiple scares throughout a film, not just a couple.

VIOLENCE: Very Heavy. A vehicle fatally rams a character into a tree; the results are bloody. A character hits someone with a crowbar and injects them with a drug to kill them. A person is violently snatched into the air by an unseen force and killed. There is a bloody car crash. A character is attacked by an entity and killed (described, but unseen), and we see the bloody aftermath. Several people are telekinetically pulled and thrown by a demon. One is thrown through a glass window and suffers deep cuts from the shards, and another is thrown several yards resulting in injury. Demonic hands grab a person from behind while driving, causing a crash. Shelves crash down on women, and a woman is stabbed in her abdomen by a falling object. A character wrestles with a demon who attacks as she sleeps. A man watches a pair of feet bend over and crack backwards before he is tackled to the ground by a demon. A character watches a video of a girl’s death (but the audience does not see the final act). A boy breaks his leg and suffers head trauma due to a car wreck. A woman nearly hits a guy while backing out of a parking lot. A man is kicked in the groin. A train wreck killing several people is mentioned.

SEX/NUDITY: Heavy. A doctor attempts to sexually assault a nurse on screen. More women report sexual assaults. A man and woman kiss. A woman tries to seduce a man by pulling up her shirt to reveal her stomach, and says eventually they’ll have intercourse. A man is invited to a woman’s house to spend the night because she’s afraid to sleep in the house alone. He starts by sleeping on the floor, but she tells him to move to the bed with her. In an end credits scene, a man comments on a woman’s breasts to her face.

OCCULT: Moderately Heavy. There are demonic entities throughout and a priest uses salt to make a pentagram to ward it off.

DRUGS AND ALCOHOL: A drunk driver is said to have killed a character’s parent. There is a party scene involving teenagers playing drinking games. We hear a character drove off drunk and crashed his car. Others are seen drinking at a bar.

OTHER: Christianity is depicted poorly; there are moments I felt were poking fun at Christians. The first priest approached about how to fight a demon states, “Well, demons have always been more figurative in the Bible, not literal.” Even when the couple does find a priest to help them, he is pretty useless overall, fails to use the power of Christ to combat the demon and simply uses salt and a pagan symbol.

The main theme of “Countdown” is the approaching inevitably of physical death. However, what the movie fails to mention is that while death awaits us, it will be in God’s time and of His choosing. We have no control over this, even if we foolishly think we do. His plan is perfect. Therefore, our purpose is to serve Him faithfully, as witnesses of Jesus Christ, until He does call us home, whenever that may be.

The best way to conquer your fear of death is to believe and serve the One who has already conquered sin AND death, coming to Him in true repentance for all of your sins and asking Him to come into your life to be your Savior and Lord.

“Jesus said to her, ‘I am the resurrection and the life. The one who believes in me will live, even though they die” —John 11:25

“Behold, I stand at the door and knock; if anyone hears My voice and opens the door, I will come in to him and will dine with him, and he with Me.” —Revelation 3:20

There are a few good performances sprinkled in, and the pacing of the film isn’t bad. “Countdown” isn’t the worst horror film out there right now, and one could argue that it’s cleaner than “Zombieland: Double Tap” (though, really, that’s not a persuasive argument in itself).

But I walked out with a definite sense of unease at the conclusion of this movie and have no interest in viewing it again. The violence is excessive, the language unnecessary and the on-screen attempted sexual assault is, in my opinion, a line that didn’t need to be crossed. You’ll learn virtually nothing biblically accurate about demonic beings, other than that they are indeed hate-filled and exceedingly evil. “Countdown” does not receive a recommendation from me. And it certainly is not suitable for kids.