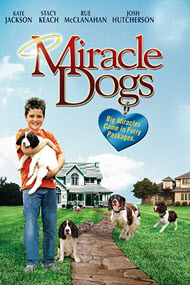 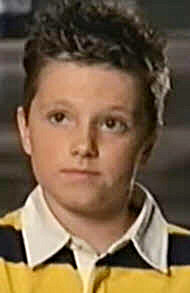 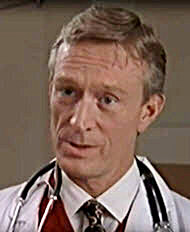 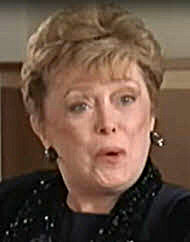 Emotional comfort provided to many people by their pets 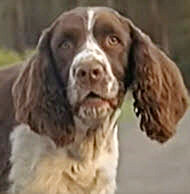 Pet dogs tend to live their lives joyfully. Followers of Christ should also have lives of joy, for our hope is perfect work of our Savior. 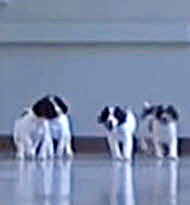 RELATIONSHIP BETWEEN HUMANS AND ANIMALS—What relationship did our Creator intend when he created animals and Adam and Eve, living in the Garden of Eden? How did this relationship later change due to mankind’s sin/evil, God’s curse, and the worldwide Flood judgment?

What might be a dog’s purpose from our Creator’s viewpoint? 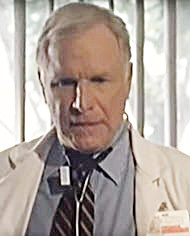 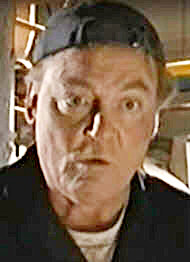 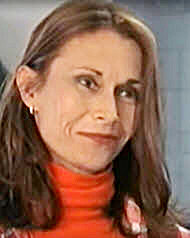 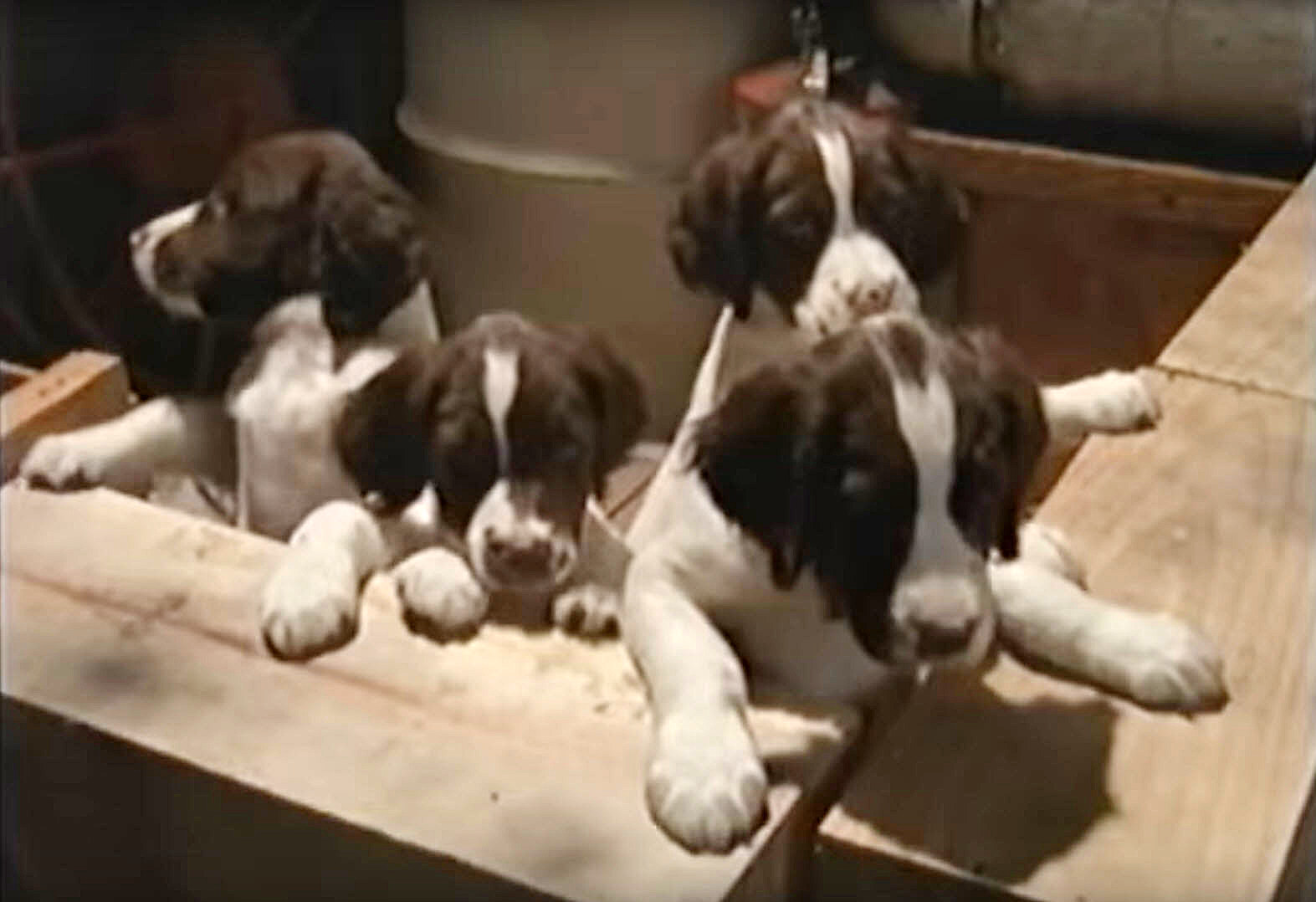 Have you ever heard of gentle animals appearing at bedsides of distressed, close-to-death or lonely patients? Have you experienced the immense comfort and restored joy brought by an unconditionally loving pet, especially when you were suffering? That is what this film is about.

On his family’s first day in their new town of Chicago Falls, Ohio, young Charley Logan (Josh Hutcherson—“The Polar Express,” “Hunger Games,” “Journey to the Centre of the Earth”) rescues an injured and homeless Springer Spaniel mommy whom he names Annie. Rushing her to the local vet (Dan Roebuck—“The Fugitive”), the family are shattered to have to choose from options including euthanasia, amputation and breaking rental rules by adopting the dog.

While Annie recovers at the shelter and Charley’s loving parents settle into their new roles at the local hospital, Charley recalls the vet’s comment about Annie recently weaning puppies, and he sets out to find her starving pups, ultimately hoping to find them safe homes. Along the way, Charlie is helped by his chance encounters with a crotchety hospital handyman named CW (Stacy Keach—“Prison Break,” “Disney’s Planes”), a frustrated young sports star (Alana Austin—“Monster Jam”) and a wealthy hospital patron (Rue McClanahan—“The Golden Girls”). These reveal that Annie has a ‘magical’ healing —effect on people, which Charley wholeheartedly believes. Knowing this precious secret, Charley cannot bear to part with them and will work hard to enable Annie and the puppies to continue spread their restorative influence on the hospital wards, and to not have to face euthanasia.

The Good and the Bad

The cast is fantastic, including multiple Emmy award winners Rue McClanahan and Stacy Keach (Disney’s “Planes,” “American History X,” “Prison Break”) as well as the familiar Wayne Rogers (‘Trapper’ from “M*A*S*H”). Ted Shackelford of “The Young and The Restless” plays Charley’s surgeon dad, while Kate Jackson of “Charlie’s Angels” ironically plays Charley’s mom, who is a delight to watch in her interactions with husband and son. These characters each shine under Craig Clyde‘s direction, as does young Josh Hutcherson. Even the dogs behave beautifully on screen!

It’s also pleasing to find a film in which a tale is simply told with appreciative wonder but without pushing viewers to accept the existence of Hollywood’s imaginary ‘good magic.’ Christians can easily guide their children to interpret the ‘magic’ of “Miracle Dogs” as a kind miracle from God, without having any other explanations raised, such as a wish, a fairy, a spell or anthropomorphism.

The scripting is appropriate, easily understandable and operates on several levels, so several generations can watch it together and learn from it. And it’s just so nice to look back at these old films in which people could still say things like, “God bless you,” and a mother asks her child before bed, “Have you said your prayers, darling?”

Another aspect I like is that it avoids stereotypes (e.g. The dogcatcher is relatable, not a cruel villain.), and there’s so many positive changes which come as results of characters simply showing godly love to each other. Some critics may dislike this, but I think it actually works well, because it counterbalances the slightly heavy theme of animal euthanasia, without going over the top. Life’s problems are not glossed over, but they are dramatically softened by caring team supports, just as they are when an individual is part of a healthy family or church. In this way many children have had their pets put down without becoming traumatised, despite the obvious tragedy.

The settings and camerawork are both very well-chosen. Music and soundtrack, however, are not particularly exciting. A key song asks, “Do you believe in the magic of our love?”, but all the lyrics are vague, and no clear messages are projected.

In my opinion, the only other downside of “Miracle Dogs” is a distasteful remark from a nursing assistant, about delighting in her divorce.

As you would expect, I approached a flick about magic-working dogs with suspicion and expected some faulty ideologies. Overall, though, it’s not too bad. The two main ideas presented are the benefits of ‘zoo therapy,’ or animal therapies for ailing people; and avoidance of euthanising pets, as a tragic part of modern life. Neither of these—as presented in “Miracle Dogs”—conflict with a Christian worldview.

Animal therapies are well known to sometimes be able to out-perform medicine in restoring mental health and general well-being for some people. As we ‘observe the ants,’ ‘consider the sparrows’ and think of God’s love being ‘like a mother hen,’ we learn about the designed order of Creation and something in us stirs us to return to the original Created order of Eden, and to seek to survive, thrive, thank and give.

Although it is erroneous to suggest that animals have an inherent, godless magic, there’s no reason to think that they can’t be used of God to aid healing, especially in areas beyond our control, such as when people are locked deep in comas, depression or dementia. Yet we must always attribute the credit to God for all healing, because the restoration to life of what once was rotting, broken or lifeless, is sometimes far more than a mere chemical reaction. And it is truly remarkable that God has designed human anatomy to be geared towards healing at all. Wise healthcare professionals keep their sense of wonder at forces beyond their control. They know that, “Medicine is about amusing the patient while God heals the body!”

As great as healings are, however, death remains the norm and the curse of the human race, until Jesus returns and brings all things to completion. The fallen state of humankind causes us to be troubled and resistant about the need for deaths of humans and animals. We tend to vastly prefer healing and hope, even being willing to pour our precious resources into medical or vet treatments with small chances of success.

In Western culture, death is something we tend to hide away and to want others to take responsibility for, because something in us can’t stand the idea of it. Therefore, children and teenagers are often horrified when they become aware of the high number of dogs that get ‘put to sleep’ each year simply because they’re homeless and cost money to keep alive. It is a legitimate ethical dilemma that our tweens, teens and young adults need to grapple with, and “Miracle Dogs” is a way to begin raising this topic. It will encourage youngsters to cherish the animals and people we already have in our lives, rather than giving up on them or abandoning them, and it will remind them that even a broken person or animal has great worth.

Thankfully, one day death will be no more, because Jesus showed that He can defeat it, as the true sovereign over life and death. Until then all humans have to face and deal with death—even children. The question is whether we will work at preparing them to understand and face it bravely, having the firm hope that God is in ultimate control of everything, and can be trusted to eventually resolve everything “for good.”

“Miracle Dogs” is a classic pleasant, well-made, meaningful and thought-provoking story for teenagers and dog-loving adults. It’s brimming with joyful hope, heart-warming faith and the deep joy of nature, as well as exploring life’s problems.

Although it is not suitable for very young children, it may be suitable for a family to watch together. I’m confident that while the film has some tough topics for young people, it will ultimately strengthen and encourage them that God cares for all people and animals, and that while there is life, there is hope. Adults likewise can be beautifully reminded of the awe and wonder of God’s Creation, especially the pets which can bring out the outreaching, nurturing side of even hardened grown-ups.

Editor’s Note: Will your dog (or other pet) be in Heaven? If you are concerned and are regenerated in Christ, be encouraged. Although animals have no eternal souls, if in Paradise you actually yearn for your Earthly pet—it could easily appear. If that happens, it will be due to a loving miracle of God on your behalf, or an ability that God provides you in eternity—and not the result of reincarnation or evidence of an animal soul. WITH GOD, there will be no tears and no death.