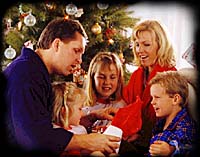 Is biblical Christmas story true? Is Jesus Christ for real?

Prophecies from the Old Testament were fulfilled in Jesus’ life, death and resurrection. Nearly 300 predictions from hundreds of years before his birth were acknowledged by rabbis as having been made in reference to a coming deliverer they called the Messiah.

These predictions included Bethlehem as the place of his birth (Micah 5:2), that he would be born of a virgin (Isaiah 7:14 in the Septuagint Greek translation c.a. 250 B.C.E.), and that the time of his birth would be just before Israel lost their sovereign power as a nation (Genesis 49:10)—this took place just after the beginning of the First Century C.E. when Archelaus took the throne.

It is significant that when Israel cried, “Woe to us, for the scepter has been removed and the Messiah has not come!” (Talmud, Babylon, Sanhedrin), Jesus was walking in their midst.

It was also predicted that he would perform miracles (Isaiah 35:5,6), that he would enter Jerusalem on a donkey (Zechariah 9:9), would die a dreadful, yet substitutionary death (Isaiah 53) by crucifixion (Psalm 22:14-17), a form of death not even known at the time of the psalm’s composition, and that he would be raised from the dead (Psalm 16:9f).

No one else in history can remotely claim to be the object of such prophecies except Jesus of Nazareth.

Astonishingly, the chances of fulfilling just eight specific prophecies is one in 100,000,000,000,000,000 notes a panel of scientists with the American Scientific Affiliation. See Josh McDowell’s New Evidence that Demands a Verdict. (Nelson, 1999), p. 164f. See also an interview with Rev. Louis Lapides in “The Fingerprint Evidence: Did Jesus—and Jesus Alone—Match the Identity of the Messiah?” found in Lee Strobel’s The Case for Christ, (Zondervan, 1998), p.171f. Lapides is a Jew who moved from agnosticism to belief in Jesus as the Messiah foretold in the Old Testament.

“It may be stated categorically that no archaeological discovery has ever controverted a biblical reference.”

Findings include inscriptions that Quirinius (Luke 2:2) was twice governor of Syria, and so in power when Jesus was born, and that Caesar Augustus ordered taxation enrollments that uprooted people such as Joseph and Mary from their homes (Luke 2:3,4). See Sir William Ramsey, The Bearing of Recent Discoveries on the Trustworthiness of the New Testament. (Hodder and Stoughton, 1920), p.238f.

See: When did the Luke 2 census occur? How can the Bible be correct?

Indeed, the astonishing accuracy in the Book of Acts moved Ramsey to describe Luke as “an historian of the first rank” [St. Paul the Traveler and Roman Citizen (Baker, 1949), pp. 3,4].

The Resurrection of Jesus
Learn more about Jesus Christ - His death and resurrection. Questions answered. Activities for children. Helpful resources.

Easter underscores the truth of Christmas. It is actually to Jesus’ resurrection that the New Testament points as the most important positive confirmation of his claims (Acts 2:22-32). The following partial list of unassailable facts “so converge as to point to Jesus’ resurrection with overwhelming probability” (A.M. Ramsey).

“To me the evidence is conclusive… Over and over again in the high court I have secured the verdict on evidence not nearly so compelling [as that supporting Jesus’ resurrection.]”


Why should Christmas matter?

By His fulfillment of prophecy, we are reminded that Jesus Christ is the center of God’s plan for the world.

His resurrection from the dead is further confirmation that Jesus is God’s Son who will deliver on every promise. Jesus in the stable is not a fable. And because the message of Christmas is true, the implications are enormous for you.

It means that God the Son, in love, came to fulfill the meaning of his name, which is “The Lord Saves!” In other words, as one modern writer name him, he is “God to the Rescue!” By Jesus’ death on the cross he paid for your sins and mine. By his resurrection he has opened the way to heaven to all who receive him by faith.

A long time ago he was born in a manger. But he wishes to be born within your heart today (Revelation 3:20). This Christmas season receive the greatest gift that can ever be given. Open your heart and let the One who was born in a stable in humility, died on a cross in love, and rose from the dead in power, enter in!

Have you accepted the most precious gift he has for you? You can right now.

Are you skeptical about the claims of Jesus Christ and the true meaning of Christmas?

Do you have an open-mind? If so, here are some things to think about…

Was Jesus Christ a good person or was he evil? Was he insane? He claimed to be God, the all-powerful Creator of the universe—the Alpha and Omega. What kind of man claims such things? a liar? a bad man? a lunatic? Or is he exactly who he claimed to be, the promised Messiah—God in human form? During his the 3 years of his ministry on Earth, a provided abundant proof—thousands of miracles witnessed by thousands upon thousands of people. Even his most ardent foes—the Pharisees, Sadducees and Scribes did not deny these were real.

What about rising from the dead? Have you ever considered the implications of the fact that Christianity is the only religion whose leader is said to have risen from the dead?

If Jesus’ resurrection was a lie, a fake or unproven, why would twelve intelligent men (Jesus’ disciples) die rather than deny what they saw with their own eyes?

Is the resurrection a myth?

How do you explain the record of his public execution, certified by all present including Roman soliders, and burial—then followed by Jesus being seen healthy, walking and talking to thousands after his death? Do realize that highly qualified lawyers and scientists have examined the evidence in detail, trying to disprove it, and come to the conclusion that the claims are irrefutable?

Is the resurrection a myth?
Did Christ really rise from the dead?
Were the witnesses hallucinating?

Is the Bible a bad book? If the Bible is not true, if it is a book containing many lies, why is it so universally regarded as “the Good Book”?

How can I know if the Bible is true?
Is the Bible truth or tabloid?
Can the Bible be infallible if it is written by fallible humans?

How do you realistically account for the vast archaeological documentation of Biblical stories, places, and people?

In what ways have archaeological discoveries verified it?
About Bible archaeology evidences

What do you say about the hundreds of scholarly books that carefully document the veracity and reliability of the Bible? Nonsense? Foolish rubbish?

Why have so many of history’s greatest thinkers been believers? Thousands of intelligent scientists, living and dead, have been men and women have accepted Christ and the Bible as true. Are you suggesting that so many intelligent people have been radically in error?

Do real scientists believe Jesus was who he claimed, Creator of the cosmos?
Is the Bible completely accurate, or does it contain some inaccuracies about history and science?

Changed lives— How do you explain the fact that a single, relatively uneducated and virtually untraveled man, dead at age 33, radically changed lives and society to this day? If it was all a stupid fraud, why have so many bad, selfish, abusive people become truly loving and self-sacrificing as a result of doing exactly what Christ asked them to do?

Whose side are the odds on? The odds are 1 in 10 to the 157th power against even just 48 ancient prophecies becoming fulfilled in one person and one place and time on earth. 300 prophecies came true of Jesus Christ.

Is it possible that your unbelief in God is actually an unwillingness to submit to Him?

Why would I want to become a Christian; they’re a bunch of hypocrites? Answer

Above questions adapted from
44 Questions for the Not-Yet-a-Believer, AIIA Institute

Find answers to many other questions about the Bible and Christianity

Decide what you will do with Jesus Christ…

Learn the true story of Christmas, from the beginning… 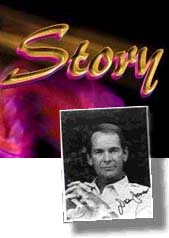 The true story of Christmas begins at the beginning of time. Narration by actor Dean Jones, presented in chronological order.

What’s the truth about Jesus Christ? His identity, life, death and claims.

Who is Jesus really?

Want to know how to be saved? Have questions about salvation in Jesus Christ? See our answer section.

Save yourself some pain! See our “Ten Tips for New and Growing Christians”