for violence, sexuality/nudity and language.

Reviewed by: Denny Wayman and Hal Conklin
used with permission from Cinema in Focus 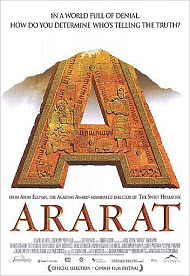 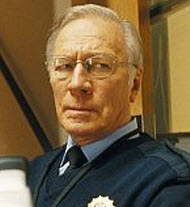 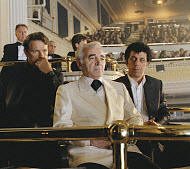 Armenia was the first country to adopt Christianity as its official religion. Its early churches are believed to have been established by 2 of Christ’s 12 disciples—Bartholomew and Judas Thaddeus (also known as Jude). (source: Wikipedia)

Ararat in the Bible 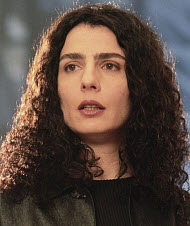 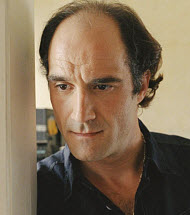 What does the Bible say about suicide? Answer 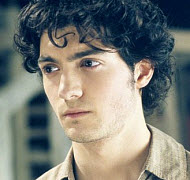 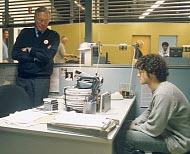 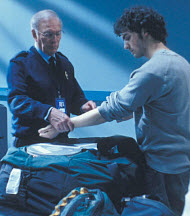 “A quest for truth… among lies, deception and denial.”

What condition of the heart allows a person to hate someone else simply because of his or her race or religion? Whatever triggers this deep-seated evil is no stranger today, to the twentieth century, or to the twenty centuries that preceded it.

Ararat is the name of the mountain located in modern-day Turkey that is the spot upon which Noah’s Ark came to rest after the flood. The flood was a testament to Noah’s faithfulness to God and the Creator’s judgment against the evil hearts of mankind.

In modern times, Ararat is the symbolic center of one of the twentieth century’s worst holocausts. The evil within the hearts of people didn’t end at Ararat, but continues into our current day. In many ways, Ararat is a symbol of the futility of man’s attempt to change the hearts of one another in any way except through the power of God.

The ancient culture and civilization of the Armenians was centered around Mt. Ararat, and it was here that the “young Turks” of the Ottoman Empire slaughtered two-thirds of the world’s Armenian population between 1915 and 1918. Through forced marches, starvation, and atrocities rivaling Hitler’s annihilation of the Jews, the Christian Armenians were ethnically “cleansed” from their homeland by the military, all done in the name of religion. Armenia was the first Christian nation, having been given that honor by the Emperor Constantine in the third century when he converted to Christianity. It was from Armenia that he returned to Rome to anoint the Holy Roman Empire and to give Christianity its freedom in Rome.

The movie “Ararat” is a film within a film. Set in modern time in Canada, a family of Armenian descent struggles with the memories of two generations of family that separates them from those who lived through the World War I holocaust. Suicide, depression, guilt for surviving, and anger towards the Turks touches every member of the family.

Without really understanding his history, their son Raffi (David Alpay) joins in on the making of a film about the holocaust by noted film director Edward Saroyan (Charles Aznavour). In so doing, he is catapulted back in time to relive the horrors of his great-grandparents’ generation. Profoundly altered by what he sees, Raffi decides to visit Turkey to see the ancient sites for himself. Upon Raffi’s return home, he is questioned by David (Christopher Plummer), a Customs Officer at the airport. It is in the explanation of his trip to David that three different generations of experience are witnessed on the screen. It is also a chance for David to reflect upon what hatred was doing in his own life, including his rejection of his own family.

The memories of suffering at this horrific level are all too common today, whether it be in the Middle East, Bosnia, Africa, or within the lifetimes of many African-Americans in our own country. What makes this atrocity even more grating is the fact that after 80 years the Turkish Government has never acknowledged that it happened. For healing to occur, the sin must be named. And, as painful as it is to remember, it is only through the retelling of these stories that the next generation might have a chance to avoid repeating the evils of history.

On the wall in the entrance to the Jewish Holocaust Museum in Washington, DC, there is a quote from Adolf Hitler. It reads:

“Who will remember the Jews? After all, who today remembers the Armenians?”

Are black people the result of a curse on Ham, as some claim? Answer