Check back later for review coming from contributor Raphael Vera 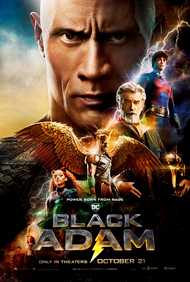 Here’s what the distributor says about their film: “Nearly 5,000 years after he was bestowed with the almighty powers of the ancient gods—and imprisoned just as quickly—Black Adam (Dwayne Johnson) is freed from his earthly tomb, ready to unleash his unique form of justice on the modern world.”

Both a spinoff and a prequel of the 2019 “Shazam!” movie centering on the film’s anti-hero, Black Adam

Black Adam is from Kahndaq. He becomes the archenemy of the superhero Shazam, and shares his powers from the ancient wizard of the same name.