for strong bloody violence, and some sexuality. 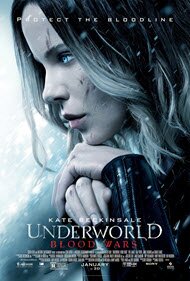 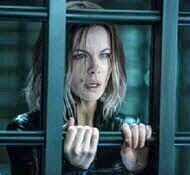 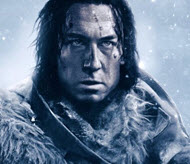 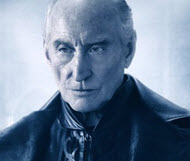 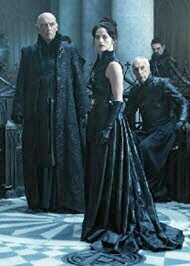 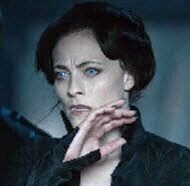 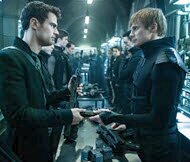 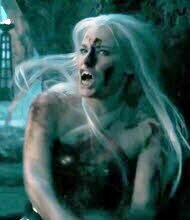 self-sacrifice for the greater good

“A New war has been waged”

“Underworld: Blood Wars” is a continuation of the highly popular Vampire series. It stars again with Kate Beckinsale as Selene, the death dealer. Who’s in a form of isolation from her vampire coven because of her love affair with a lycan (vampires’ sworn enemy) and having a child (which is a pure blood) and many crimes her coven has lobbied against her. However, with the rise of a lycan leader Marius her estranged coven seeks her help to defeat him. Leary of the invitation to her coven, Selene and David (Theo James) return and agree to help and train the vampires to defeat Marius and the lycan clan. Things however are worse than Selene feared.

Let’s start with the acting, from the leading lady and the male lead (James) they more than adequate for the genre. Everyone else in the film plays their parts well and feeds a pretty consistent plot and storyline. If you are unfamiliar with the underworld series this film keeps the viewer up-to-date on what they missed which is good for new fans of the franchise. There were some inconsistencies that you would not understand unless you saw the previous films, but for the most part, anyone can catch up.

Now to the objectionable content, there is some but considering the source material of vampires feeding on blood, anti-christian imagery and ideas throughout the film nothing should come as a surprise. However, there are also some sexual imagery men are shown shirtless and women are scandalously clad. There are instances swear words that served no purpose.

A prominent theme in this film is a quest for power, above all else, and there are some things we can learn Biblically from this. While there aren’t many positive aspects of this film, there are some things that Christians can relate to—loyalty, truth, and standing up for what’s right. This is kind of muddled in the dark world of spells and mythical beings, and one thing that I thought of during this film is the importance of Truth. Christians, this world has become increasingly hostile to the truth and is even being labeled as hateful. Christians have been persecuted because of it. We, as Christians, need not be afraid to stand up for the truth, no matter what it takes and no matter where it leads us. We must trust in Christ and His Word; He is Sovereign, and He is God, and He will see us through everything.

As for a recommendation about this film, if you are familiar with the franchise and have shown discernment while viewing, this film is a continuation of the franchise and is a good chapter, but we must be wary as Christians not to fall into false ideals and things that contradict Scripture and don’t hold up to Biblical truth.