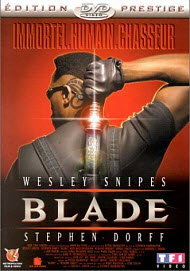 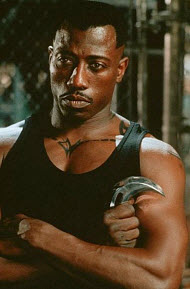 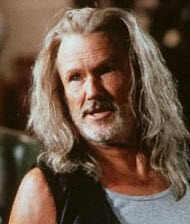 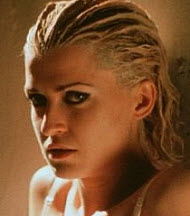 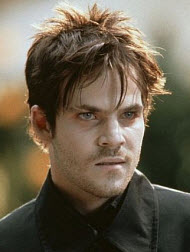 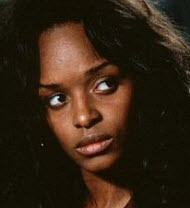 eternal death in the Bible

FEAR and anxiety—What does the Bible say? Answer

“Against an army of immortals, one warrior must draw first blood.”

They have their claws into everything,” quips Blade (Wesley Snipe). “They” are vampires, and Blade is right. No longer the solitary nightstalkers, these vampires are into politics, international banking, and high tech computers. “They” meet everywhere and “they” are planning to crush the human race underneath their bloody fist. This plan of world domination is the vision of Deacon Frost (Stephen Dorff), a bold new leader of this ghoulish gang. “There’s a war going on” and Blade stands between the human race and annihilation by vampires.

A film adaptation of the Marvel comic hero “Blade,” director Stephen Norrington has done a wonderful job of creating a dark nihilistic world without making the film so poorly lit one cannot see what is going on (ala “Spawn,” “Crow” I and II, “Dark City”…) The villains are intelligent and diverse and the plot moves quickly enough to hold my interest. The film is very true to the original vision of the comic.

“Blade” contains excessive gore, language, violence and occult references. It would be naive to view a movie about vampires and not expect gore; however, “Blade” is shockingly gory with exploding bodies and walking, charred corpses. There are large amounts of blood and graphic deaths. “Blade” also contains huge amounts of violence, both excessive and graphic, ranging from sword play to automatic weapon fire. The language was rather harsh and was not necessary for plot. Even more disturbing was the centrality of the occult message, including the summoning of a cultic blood god. There is reference to a “vampire bible” and worse. Demonic entities fly about the screen, blood sacrifices are made in a pagan temple. The cross of Christ is labeled powerless against these vampires. All in all a very negative Christian experience.

The original “Dracula” by Bram Stroker was the tale a man who sought immortality outside of Jesus Christ. He achieved eternal “unlife” by drinking human blood, instead of eternal life through the blood of Christ. He had to continually seek sustainance through human blood, instead of the promise to “never thirst” (John 4:14). Dracula feared the power of God, represented in the crucifix and holy water. These vampires and the movie “Blade” represent the attitudes of this generation: surrounded by technology, seeking power in spirituality, and having no fear of God. Even the hero has a dark side and evil is displayed as powerful, beyond the influence of mere men.

I enthusiastically say “pass” on “Blade”. The excessive gore and numerous occult references make this movie inappropriate for a Christian viewer. If you have a hankering for vampires, read Bram Stroker’s Dracula and note the numerous Christian references. The next time someone talks about a vampire film, you can talk about your Savior Jesus Christ.

Read our reviews of other films in this series: Blade 2 and Blade: Trinity

Negative
“disgusting”…
This is without a doubt the most disgusting movie I have ever seen! I went with my 19 year old son, not really knowing much about the movie. Within minutes of the movie beginning you are treated to the bloodiest explosion of violence imaginable. I found myself wondering what sort of person could even come up with this stuff! Many parts of the movie I could not even make myself watch. After it was over, I discovered my son felt the same way. He knew more about this movie going in than I did, but still felt this movie went way over the top in the areas of blood, violence, etc. This movie is totally devoid of any redeeming qualities. I felt like I needed a shower afterwards to wash this satanic piece of filth off of me.

Brenda Beeler, age 44
Should have been called BLOOD because it was fully-loaded with it. I agree with the brother who said he felt like he needed a bath after watching it. But then again, the movie was about vampires. We who saw it should have known better. It was pretty good… but they went overboard with all the blood and stuff.

Chris Utley
“thumbs down”…
I thought this was the most disgusting movie I have seen since “Event Horizon”—also a don’t see. It has a tremendous amount of gore and gratuitous violence and swearing. I enjoy a good horror film as much as the next person, but this was way over the top and in poor taste (no pun intended!). I say thumbs down!!!

Leigh Dawson, age 39
Very Anti-Christian, but good potential…
Yes, it is very gory, and VERY anti-Christian. Much of Hollywood is against God. Keep in mind this is an “R” rated movie in 1998, not usually a good sign for Christian viewers. What did I like about it? Well, the hero was most definitely heroic, even having super human powers, but that was not it. The hero and his friend were waging a selfless battle against evil in the best way they, as people outside of God, could do—but that was not it. The violence was bad, but nothing compared to movies like Starship Troopers or Interview with a Vampire. In this movie the gore was less believable with bodies vaporizing into thin air, still very gross by any standard of decency however—so this was most definitely not it.

What I really liked was the potential!!! Imagine a movie like this but with Christian values, no “on screen” violence, and instead of vampires… angels!! Picture if you would a Frank Pereti style story of God’s angels warring according to His wishes against the followers of The Father of Lies. The movie could focus on a single man or woman struggling with the truth of God and salvation in Christ.

Only we, the audience, never see these angels and the battles that take place—sort of like The Screwtape Letters, for example. The result, an action packed movie Hollywood would like because angels are in vogue now. A movie which could easily contain the salvation message in it as we see this person finally come to accept Jesus. The angels would be given power by the prayers of the faithful and Christians {real life non-sword-wielding Christians }can be portrayed as warriors! Prayer Warriors!!

Dave and Rebecca
“an energetic but ridiculous film”…
I have to agree, in general, with your comments on “Blade.” I was hoping for more justification for your 4½-star rating on movie-making quality; I thought the action scenes and camera work were unoriginal, and Wesley Snipes wasn’t given much good dialogue to work with. (Not to discredit Snipes, who did reasonably well with what he *did* have.) Some gaping plot holes, though, including one big one: after Deacon Frost becomes this “blood god” who could consume all of humanity, who would he and his cronies feed on then? House pets? And what about that secret consortium of vampires—Frost brings in a set of pointy bicuspids, and they all whimper and give up? By the way, next time I need to carry any precious liquids, remind me to use a set of test tubes wrapped in leather sleeves, which apparently can take a 30-foot fall, become wedged inbetween blocks of cement, and survive without a crack. In all, an energetic but ridiculous film. Anyone looking for good acting and good hand-to-hand combat would be happier with “The Mask of Zorro.”

Jay Hinkelman, age 30
a most gory movie…
I went to Blade expecting a lot of high intensity action… and I got my wish. The catch is that it is probably the most gory movie I have ever seen—more blood than “Saving Private Ryan.” Not only is this movie more bloody, but the violence is “fantasy violence,” glorifying it in every way possible. From the opening scenes where scantily clothed vampires shower in human blood, to the end where the good guy sucks the blood right out of his “girlfriend”—this movie was disgusting. This movie made me want to take a bath afterwards…