for intense sequences of warfare, vampire attacks, disturbing images, and some sensuality. 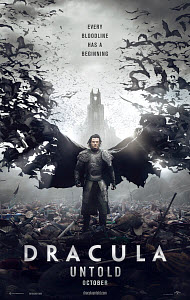 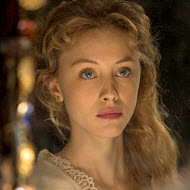 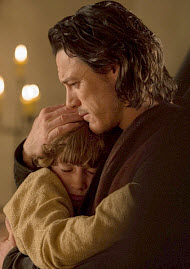 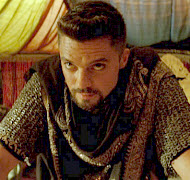 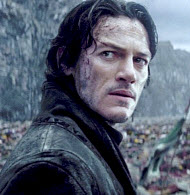 protecting your family from harm 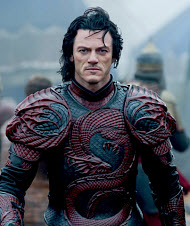 sorcerer in the Bible

significance of blood in the Bible

“Every bloodline has a beginning”

It seems to me that there was one other Dracula movie in years past that touched tangentially upon the origin of the man, but “Dracula Untold” weaves together a much fuller picture that is based on the historic information (at least in the beginning). Dracula is in fact Vlad III Dracula, the son of a father with membership in the Order Of The Dragon, a quasi-Crusader order sworn to defend Christianity against the militarily aggressive Muslim Turks. It was in the historic lifetime of the movie’s main character that the Muslims overran Christian Constantinople and summarily renamed it Istanbul. It is still a part of Turkey today.

So this is the environment in which the story sits, and the movie touches on such historic facts as the Turkish practice of conscripting the male children of their non-Muslim subjects in conquered lands. It also presents Dracula as the prince he was, but there is much creative license regarding the circumstances and facts about his political relationship with the Turks and what precisely sets him off to re-engage his family’s sworn enemy with all out warfare.

Dracula is also historically dubbed “Vlad The Impaler,” since he would take his captors of war and skewer them on tall pikes, much like the way the Romans and Turks would crucify Christians. In the beginning of the movie, Vlad’s nickname is already a thing of history, and by this time he has been living in relative peace. He comes across as a beloved ruler of his people, and all that blood and gore is a faded memory. Then the difficulty arises, and the story turns to the Sultan’s army’s intent on annihilating his people. Since they far outnumbered his forces, the story takes a dim turn as Vlad evokes the spiritual dark side for supernatural aid (perhaps something comparable to the biblical King Saul seeking counsel from the Witch Of Endor). So this supposedly Christian warlord enlists the power of Satan to overwhelm the Turks, and the wonder of the audience is “will he succumb to evil indefinitely or will he repent and be the heroic defender of the Faith?” In history, Dracula was a “bloody” warrior, no doubt, but he wasn’t drinking it… and he wasn’t possessed by the devil. Was he a true Christian? God only knows.

There is a Christian aura to “Dracula Untold” in the first half. People wear crosses, they go to church, they call upon God and pray. Phrases such as “Our Risen Lord,” and “God will forgive,” are uttered, and Easter is celebrated (with wine), but when everything hits the fan, Vlad stops the prayers, he gains power over the elements… and he fights the Turks with the ferocity of a monster, which is what he is becoming. It’s kind of hard to know who to root for when the bad-guy Muslim Turks are being defeated by the bad-guy “Christian” vampires, but there is a messy resolution, and readers will have to go see it to understand.

This is a bloody movie; it’s warfare, after all, so swordplay, fighting, killing, and general combat destruction takes place throughout, not to mention a variety of gory vampire-chompings. As Vlad deals with his growing lust to drink human blood, temptations to that end repeatedly present themselves. How will he deal with temptation? To what ends should any man be willing to go to save his loved ones? These questions pose food for thought and could make for excellent biblical discussions.

The movie really blends good and evil into an awful muddle, even though it’s quite a ride, something like a rollercoaster on Halloween at a theme park. Dracula’s pretty and faithful wife also has moments similar to that of Job's, and the unbiblical theme of reincarnation gets introduced through her character.

As for other Christian considerations, there is no profanity of which to speak, and the only sexual situation is a brief moment when Dracula and wife are becoming passionate, but it’s not especially lewd, and it ends abruptly. There is no nudity in the film, save Vlad’s one moment of shirtlessness, and even the busty attire of the medieval females is not as outright as in other movies of like genre.

This movie is certainly not a Christian one, but some may wish to see it, although it takes huge liberties with a historic person and blends his legend with that of Braham Stoker and the barnacles of Hollywood horror flicks. No Christian would countenance Vlad’s demonic alliance, and all the vampire mythology is pure hokum. Nonetheless, the movie is well-made fiction, with lots of special effects, jarring sights and sounds, and the audience with which I sat applauded afterward. Again, it’s more of a ride than a true history with theological truth. There’s also no reason to endure the credits looking for a final “Tada!”